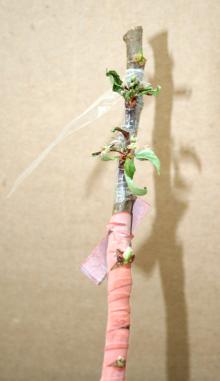 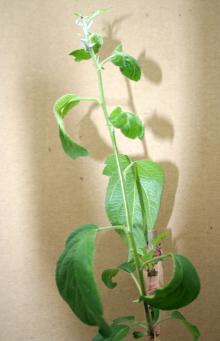 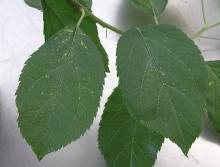 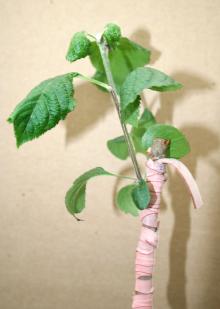 Cause Three viruses generally considered as "latent" in apple are Apple stem grooving virus (ASGV), Apple stem pitting virus (ASPV), and Apple chlorotic leaf spot virus (ACLSV) all of which are not too important in commercial apple production. ASGV causes Apple Decline on Virginia crabapple, ASPV causes Apple Spy 227 epinasty and Spy decline while ACLSV causes Apple chlorotic leafspot on many crabapple cultivars (also called Apple top-working disease in Japan). Latent just means these viruses do not cause symptoms on most commercial cultivars, although specific strains of one of these viruses or a combination of them may be associated with diseases such as apple green crinkle disease, apple dead spur, and stoney pit of pear. These viruses do not have a natural vector but are graft transmissible. A survey of several important fruit tree nurse-ries in the Willamette Valley of Oregon in 2014 did not detect these 3 latent viruses.

Some of the new cold-tolerant and fire blight-resistant rootstocks are hypersensitive to one or more of the latent viruses.

Cultural control Use only virus-certified propagation material and rootstocks.